In this beloved 1988 PBS series, mythologist and storyteller Joseph Campbell joins Bill Moyers to explore what enduring myths can tell us about our lives. In each of six episodes –“The Hero’s Adventure,” “The Message of the Myth,” “The First Storytellers,” “Sacrifice and Bliss,” “Love and the Goddess,” and “Masks of Eternity” — Moyers and Campbell focus on a character or theme found in cultural and religious mythologies. Campbell argues that these timeless archetypes continue to have a powerful influence on the choices we make and the ways we live.

Released shortly after Campbell’s death on October 30, 1987, The Power of Myth was one of the most popular TV series in the history of public television, and continues to inspire new audiences.(1988)

The Power Of Myths – Full Series 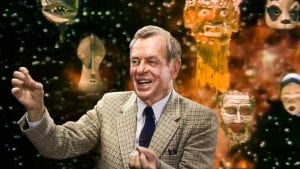 The Power Of Myth – The Heros Adventure 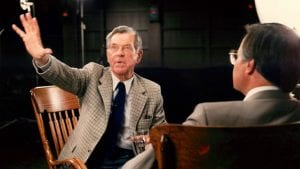 The Power Of Myth – The Message Of The Myth 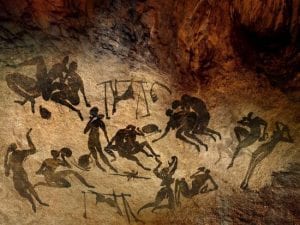 The Power Of Myth – The First Storytellers 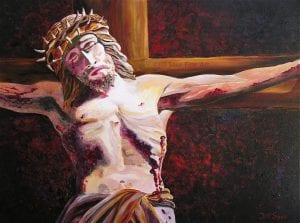 The Power Of Myth – Sacrifice And Bliss

The Power Of Myth – Love and the Goddess 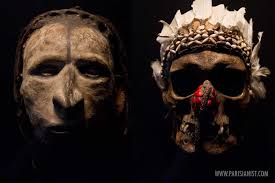 The Power Of Myth – Masks of Eternity

The Masks of Godtraces mankind’s history as a search for meaning through ideas, themes and quests of culture and religion.

The Masks of Godis the summation of Joseph Campbell’s lifelong study of the origins and function of myth. In volume 1 of the series, The Masks of God, Campbell examines the primitive roots of spiritual beliefs among our ancient ancestors. Drawing on anthropology, archaeology and psychology Primitive Mythology confirms the fundamental unity of mankind (not only biologically but in shared spiritual history).

In volume 4 of the series,The Masks of God, Creative Mythology, Campbell examines the entire inner story of modern culture, spanning its philosophic, spiritual and cultural history since the Dark Ages and investigating modern man’s unique position as the creator of his own mythology.

Creative Mythology deepens our understanding of the post-medieval culture we have inherited. The Masks of God traces mankind s history as a search for meaning through the ideas, themes and quests of culture and religion.

The Hero with a Thousand Faces (first published in 1949) is a work of comparative mythology by Joseph Campbell, in which the author discusses his theory of the mythological structure of the journey of the archetypal hero found in world myths.

Since the publication of The Hero with a Thousand Faces, Campbell’s theory has been consciously applied by a wide variety of modern writers and artists. Filmmaker George Lucas acknowledged Campbell’s theory in mythology, and its influence on the Star Wars films.[1]

The Joseph Campbell Foundation and New World Library issued a new edition of The Hero with a Thousand Faces in July 2008 as part of the Collected Works of Joseph Campbell series of books, audio and video recordings. In 2011, Time placed the book in its list of the 100 best and most influential books written in English since the magazine was founded in 1923.[2]

Campbell explores the theory that mythological narratives frequently share a fundamental structure. The similarities of these myths brought Campbell to write his book in which he details the structure of the monomyth. He calls the motif of the archetypal narrative, “the hero’s adventure”. In a well-known quote from the introduction to The Hero with a Thousand Faces, Campbell summarizes the monomyth:

A hero ventures forth from the world of common day into a region of supernatural wonder: fabulous forces are there encountered and a decisive victory is won: the hero comes back from this mysterious adventure with the power to bestow boons on his fellow man.[3]

In laying out the monomyth, Campbell describes a number of stages or steps along this journey. “The hero’s adventure” begins in the ordinary world. He must depart from the ordinary world, when he receives a call to adventure. With the help of a mentor, the hero will cross a guarded threshold, leading him to a supernatural world, where familiar laws and order do not apply. There, the hero will embark on a road of trials, where he is tested along the way. The archetypal hero is sometimes assisted by allies. As the hero faces the ordeal, he encounters the greatest challenge of the journey. Upon rising to the challenge, the hero will receive a reward, or boon. Campbell’s theory of the monomyth continues with the inclusion of a metaphorical death and resurrection. The hero must then decide to return with this boon to the ordinary world. The hero then faces more trials on the road back. Upon the hero’s return, the boon or gift may be used to improve the hero’s ordinary world, in what Campbell calls, the application of the boon.

While many myths do seem to follow the outline of Campbell’s monomyth, there is some variance in the inclusion and sequence of some of the stages. Still, there is an abundance of literature and folklore that follows the motif of the archetypal narrative, paralleling the more general steps of “Departure” (sometimes called Separation), “Initiation”, and “Return”. “Departure” deals with the hero venturing forth on the quest, including the call to adventure. “Initiation” refers to the hero’s adventures that will test him along the way. The last part of the monomyth is the “Return”, which follows the hero’s journey home.[citation needed]

Campbell studied religious, spiritual, mythological and literary classics including the stories of Osiris, Prometheus, the Buddha, Moses, Mohammed, and Jesus. The book cites the similarities of the stories, and references them as he breaks down the structure of the monomyth.

The book includes a discussion of “the hero’s journey” by using the Freudian concepts popular in the 1940s and 1950s. Campbell’s theory incorporates a mixture of Jungian archetypes, unconscious forces, and Arnold van Gennep’s structuring of rites of passage rituals to provide some illumination.[4] “The hero’s journey” continues to influence artists and intellectuals in contemporary arts and culture, suggesting a basic usefulness for Campbell’s insights beyond mid-20th century forms of analysis. he Hero with a Thousand Faces Read here