Bismillah ir Rashman ir Rahim  (  In the name of Allah, Most Gracious, Most Merciful)

Peace be with you – Salaam aleikum

The Path to the Maypole of Wisdom is a project  of

Sufi Path of Love. It intends to be a platform and a refuge for  Brothers and Sisters seeking  Real Spirituality,Truth, Happiness and Love. Used as a Forum for Ethics, Ethics and Uprightness and looking to the Spiritual vertical way, as the Maypole do,  it gives us an opportunity of discerning an understanding between Non-Virtues and Virtues,  needed in our times.

We need to be sincere with our selves , to be “upright” strictly honourable and  honest, as the symbol of the Maypole is. Encouraging Spititual Values and Virtues.

The project Path to the Maypole of Wisdom  explore the wisdom of western cultures and religions and gives a concise but comprehensive view of the present state of affairs in the world, as it appears from the point of view of the ‘ancient wisdom’, formerly common both to the East and to the West, but now almost entirely lost sight of. It is the Cultural  Fixation of Modern man. It indicates with clarity and directness the precise nature of the modern deviation, and devotes special attention to the development of modern philosophy and science, and to the part played by them, with their accompanying notions of progress and evolution, in the formation of the industrial and democratic society which we now regard as ‘normal’.

It is based on Intention call Sandhaya, Sandhaya is an old Sanskrit word meaning to unite, to connect, to join together  ( what is the real meaning of Religion: from ligo “bind, connect”, probably from a prefixed re-ligare, i.e. re- (again) + ligare or “to reconnect,”)

Sandhaya means also twillight : the particular period of evening lasting from sunset  to vespers, the darker period of twilight when Venus and the stars began to appear,  but also the period of dawn when the  sunrise begins and is considered an ideal time to perform spiritual activities. It refers also on the twillight period between the passage of the one Yuga (cycle) to the another.

Intention (niyyah) in Islam refers to the spirit of doing deeds through which they may become religiously valid. Sincere intention turns permissible deeds into acts of worship.

Islām (Arabic: إسلام‎) is the verbal noun originating from the triliteral root S-L-M, which forms a large class of words mostly relating to concepts of) wholeness, submission, sincerity, safeness, and peace ( Salam).

In Islam, or  in Submission whatever that is done must be purely for God to be accepted by him and gives rewards for it. Even the immigration( Hijra) from holy Mecca city to the newborn city Medina, had rewards for only those people who did it for God’s sake.

Intention for human habits always exist, such as eating when human is hungry, the intention is to eat or when he is thirsty he intends to drink to fulfill his needs. 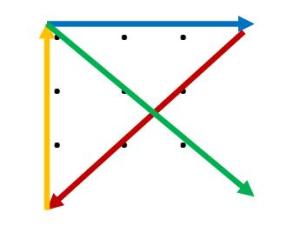 In his (or her Heart) is graved the Calligraphy of the Arabic word HU. This reflected Hu stands for the reunification between the resonance of the divine mystery in the outside world and the inner consonance of this resonance in every people. 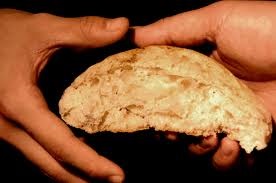 – Following the way of “Sohba”

“Sometimes the followers of our Way express the wish that things should be more organized; but our organization is a higher organization, not like manmade ways. The difference is

like that of a forest existing naturally on the mountainside with its trees growing at irregular intervals, and of a forest planted by men, with all the trees standing uniformly spaced in neat and straight rows. Although to man’s eye the natural forest may seem chaotic, the ecological balance and subtle organization is real — perhaps much more so than in the planted forest. Which forest is lovelier and has a more calming effect on the soul? I think most people would find the natural one more pleasing.”  Shaykh Muhammad Nazim Al-Haqqani An-Naqshibandi (MERCY OCEANS’ PINK PEARLS- 1983) 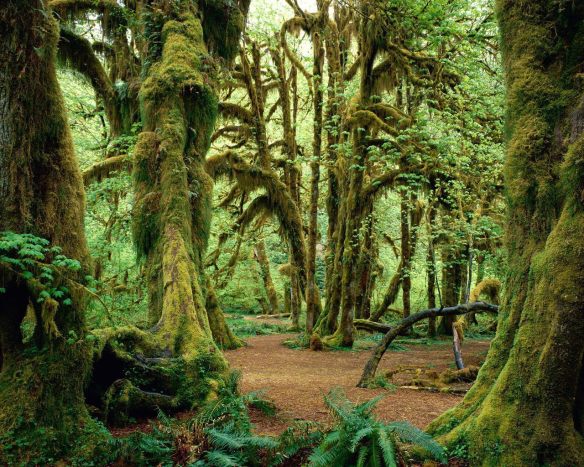 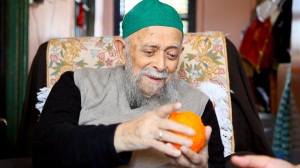 Sufi path of love  finds its inspiration in the spiritual heritage of Sufism in general, in the Naqshbandi Tariqat in particular, under the Guidance of Sheikh Muhammad Nazim Adil al-Haqqani al-Rabbani al-Qubrusi al-Firdausi an-Naqshbandi and his son Sheikh Mehmet Adil Al Haqqani. It is open for every one who wants to follow or carry out the “Rainbow Path of Love” . see also Green Hearts Projects

“The Prophet sitting under this tree, and its reacting to the Prophet makes the tree the only living terrestrial witness to the Prophet , what we would call in Arabic a sahabi.”
– H.R.H. Prince Ghazi bin Muhammad

‘”The Blessed Tree has a fruit, the seed of which plants a new branch of Iman (faith) in the heart.”

A meditation on the the

mes of love of the Prophet, veneration of holy sites, grace and symbolism. This film tells the story of the meeting between the Prophet Muhammad (Peace and Blessings be upon Him) and a Christian monk named Bahira. The meeting happened in the shade of a tree.

Fourteen hundred years later that same tree was discovered still alive in the northern deserts of Jordan. The only tree alive in hundreds of square miles of emptiness. This tree is a link to the life of the Prophet and a place of pilgrimage today… see video

s a dry leaf taken by the wind of the divine inspiration which takes it anywhere it wants”. Maulana Sheikh Nazim al Haqqani

In his (or her Heart) is graved the Calligraphy of the Arabic word HU. This reflected Hu stands for the reunification between the resonance of the divine mystery in the outside world and the inner consonance of this resonance in every people.

“May The Light of Allah always guide our steps.

– The purpose of Sohba: ….”Tariqatuna as-sohba; our way is through sohbat. Our way is being Ahbab, our way is love, respect, salamat /safety…” Shaykh Muhammad Nazim Al-Haqqani An-Naqshibandi Sohba, means conversational companionship. The purpose of Sohba is always the sharing of Blessing and the cultivation of Soul, Love, Friendship and Saintliness. This is the way of the great Sufi Guides, and it is walked in their spiritual company.  Sohba is related  with the Arabic term aṣ-ṣaḥābah (Arabic: الصحابة‎, “the companions”; from the verb صَحِبَ, “accompany”, “keep company with”, “associate with”) refers to the companions, disciples, scribes and family of the prophet Muhammad ( sal). Companion,  comes from Old French compagnon “fellow, mate, friend, partner” (12c.), ” from Latin com- “with” + panis “bread”. actually,” one who shares bread with another “cum,” with, “and panis,” bread

How should bread give strength until it is broken? Rumi The testimony of the companions, as it was passed down through chains of trusted narrators (isnads), was the basis of the developing Islamic tradition. From the traditions (hadith) of the life of Muhammad and his companions are drawn the Muslim way of life (sunnah), the code of conduct (sharia) it requires and the jurisprudence (fiqh) by which Muslim communities should be regulated.

The truly virtuous are they who… give food — however great be their want of it — unto the needy, the orphan, and the captive, saying, in their hearts, “We feed you for the sake of God alone: we desire no recompense from you, nor thanks: behold, we stand in awe of our Sustainer…” One of the traditional roles of the dervish lodge was as community kitchen and hostel, providing food and shelter for the poor and for travelers. Many early Sufis were “sons of the road,” wandering during the warm season, and relying on the grace of God and the spontaneous generosity of fellow Sufis for shelter and sustenance. Followers of other faiths also could count on such generosity, with no questions asked about their religion. A steaming bowl of Turkish soup, or çorba (chor-ba’), accompanied by fresh, crusty bread is like a warm hug from mom. In Turkey,during the holy month of Ramadan, the daily fast is always broken with dades , soup, and  fresh bread, – light fare that is easy on the stomach after a day of fasting. 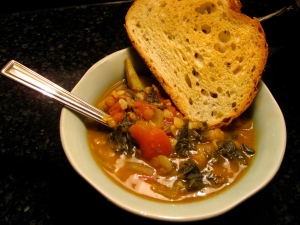 “What we will take from  this world is just a piece of bread, a loaf. With that Man is sated. Gets satisfied. If the whole world  was his, with one bowl of soup, my effendi, he would be full.” Shaykh Muhammad Nazim Al-Haqqani An-Naqshibandi,  Sohba of the 31st of August, 2013.  Lefke – Cyprus

– Don’t be hard, be Lateef/gentle When explaining “Latife – Subtlety – لطيفة” Mawlana speaks about a nation that has cut its connections to its great historical and spiritual  heritage and asks us to” be Lateef”

When Ashab al Kahf/People of the Cave woke up…this is from Holy Quran, Look, you have never thought about the as’hab al Kahf slept for 300 years Wa Azdadu Tis`aan (18:25) (And add 9 years) then He woke them up and when they woke up, they said: “We have nothing to eat. One of us may go and get something from the market that we can eat.” Did they not send one? Then what did they say? How Allah Almighty… What does it say, say? When one of them went to the market, they said: O our brother, wal yatalattaf (18:19)(speak gently)

What is this? Arabic? Meaning, explain with sublety. Don’t speak harshly. Speak lightly with humor sopeople may not get upset. “wal yatalattaf” (18:19)(and speak with sublety.) What does it mean? Did you ever think about it? Not Azhar scholars, even Sham scholars have not thought of it. This Holy Verse, is the exact center point of Holy Quran. Is it not so, Sh Mehmed? “Wal yatalattaf” (18:19) What does it mean? Don’t be hard, be Lateef/gentle with them. Speak to them with latifa/lightness,….. “Wal yatalattaf” (18:19) This Holy Verse is the exact mid point of the Holy Quran. What is it “yatalattaf “? Be Lateef/gentle, subtle, light. Say Latifa/jokes, speak with easy stories… I have proof in my hand: Holy Quran, it says, “don’t be hard, be gentle.” Be Lateef/gentle & if you speak using jokes/stories, everybody understands. If you speak hard,they run away from you or swear at you or attack you. Be Lateef/gentle, be gentle to everyone. Shaykh Muhammad Nazim Al-Haqqani An-Naqshibandi, Sohbat of the 8th of July, 2011.

Ours is not a caravan of despair.

Come, even if you have broken your vow a thousand times

Inscribed at the tomb of Jelaluddin Rumi 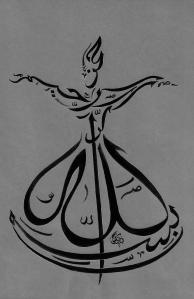