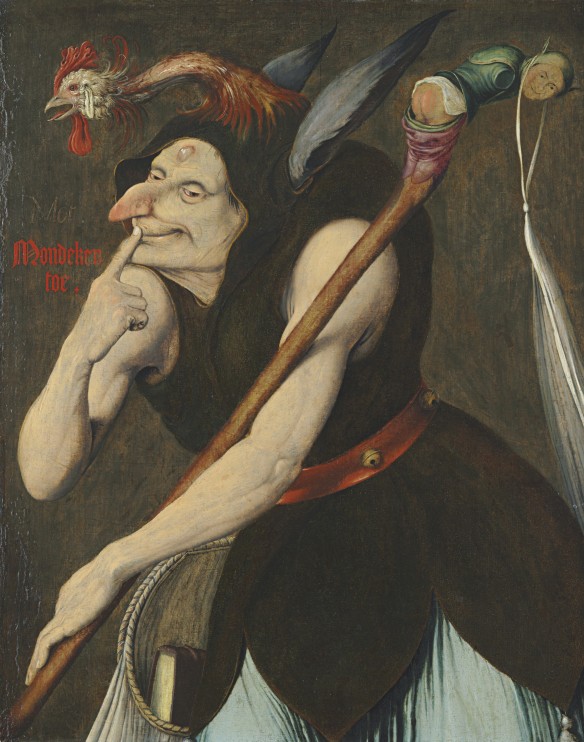 In the early sixteenth century when Quentin Matsys painted his Allegory of Folly, likely around 1510, fools were still commonly found at court or carnivals, performing in morality plays. Sometimes a fool would be mentally handicapped, to be mocked for the amusement of the general public. Matsys has chosen to represent his fool with a wen, a lump on the forehead, which was believed to contain a “stone of folly” responsible for stupidity or mental handicap. In other instances, however, the fool would be a clever and astute observer of human nature, a comedian who used the fool’s robes as a pretext for satire and ridicule. Matsys’s fool was nearly an exact contemporary of Erasmus’ Praise of Folly, in which the character of Folly is in fact a wise and astute commentator on folly in others. Fools were a popular subject in both the art and literature of this era and Erasmus’ work was particularly important to the sixteenth-century Humanist circles in Antwerp.

The traditional costume of the fool includes a hooded cape with the head of a cock and the ears of an ass, as well as bells, here attached to a red belt. The fool holds a staff known as a marotte, or bauble, topped with a small carved figure of another fool – himself wearing the identifying cap. This staff would have been used as a puppet for satirical skits or plays, and the figure’s obscene gesture of dropping his trousers, symbolic of the insults associated with fools, was once overpainted by a previous owner who found it overly shocking.

The gesture of silence, with the fool holding a finger to his lips, refers to the Greek god of silence, Harpocrates, who was generally depicted in this manner. Silence was considered a virtue associated with wise men such as philosophers, scholars, or monks. Here, however, Matsys turns the gesture into a parody by juxtaposing it with the inscription ‘Mondeken toe’, meaning ‘keep your mouth shut’, beneath the crowing cock’s head. Matsys is drawing our attention to the Fool’s indiscretion. A later hand has added the word ‘Mot’ above, likely a later sixteenth or seventeenth century reference to a prostitute – this may have been an attempt to turn the present allegory into the figure of a procuress.

Matsys’ fool is made even more grotesque by his hideous deformities – an exaggerated, beaked nose and hunched back – and thin-lipped, toothless smirk. Grotesque figures were a favourite theme of the artist, making regular appearances in his paintings as tormenters of Christ or in allegories of Unequal Lovers. This reflects an awareness of the grotesque head studies of Leonardo da Vinci, whose drawings had made their way northward from Italy. Indeed, of all Matsys’s other works, the fool in the present painting is perhaps closest in type to the tormenter directly behind and to the right of Christ in the Saint John Altarpiece – which is, itself, a direct quotation from Leonardo’s own drawing of Five Grotesque Heads. 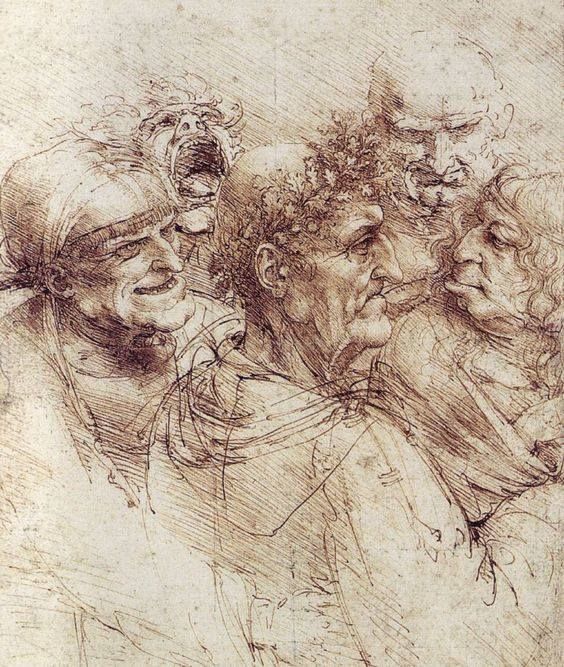 Quinten Matsys’ early training is a matter of speculation, with scholars suggesting variously that he may have been apprenticed in Antwerp to Dieric Bouts; trained as a miniaturist in his mother’s native town of Grobbendonk; or possibly worked for Hans Memling’s studio in Bruges. We do know for certain that in 1494, Matsys was admitted to the Antwerp Guild of Saint Luke as a master painter, and by the end of the century he was operating his own studio with several apprentices, among them his sons Cornelis and Jan. Matsys is known for both religious and secular works, and his style became increasingly Italianate in his later career; in turn he is recognized as an influence on such painters as Joos van Cleve, Joachim Patinir and Lucas Cranach the Elder.

Based on economic growth, financial hegemony of the “happy few”” and abuse or rape of cheapest labor workers in Low-cost country or homeland, the democracy of Modern man shall never succeed  to recover his soul with fake “sincere political change” or  with fake “concern”.

Folly ’s ‘keep your mouth shut’ about all the abuses of the systems and is silent about Ethics, Virtues and uprightness… Silence about spiritual grow, honesty and respect of differents communities…

Prophets of doom now abound and “green parties” have mushroomed everywhere. The moving force for those movements remains, however, by and large purely external. For a humanity turned towards outwardness by the very processes of modernization, it is not so easy to see that the blight wrought upon the environment is in reality an externalization of the destitution of the inner state of the soul of that humanity whose actions are responsible for the ecological crisis.

Many claim, for example, that if we could only change our means of transportation and diminish the use of fossil fuels as a source of energy, the problem would be solved or at least ameliorated. Few ask, however, why it is that modern man feels the need to travel so much? 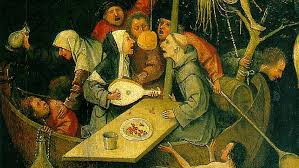 The wisdom of the 21th  century or the Foffy of our times say: ‘keep your mouth shut’,

But can we ask Why? 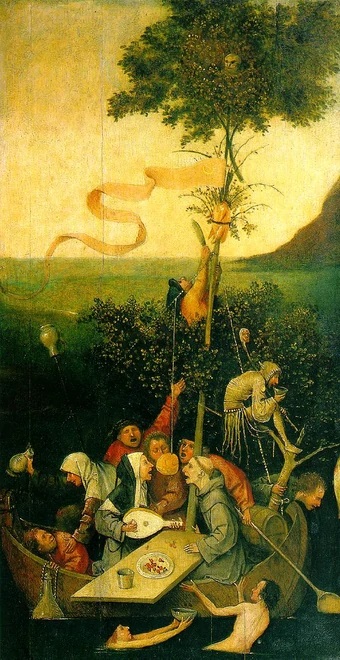 -Why is the domicile of much of humanity so ugly and life so boring that the type of man most responsible for the environmental crisis has to escape the areas he has helped to vilify and take his pollution with him to the few still well-preserved areas of the earth in order to continue to function? 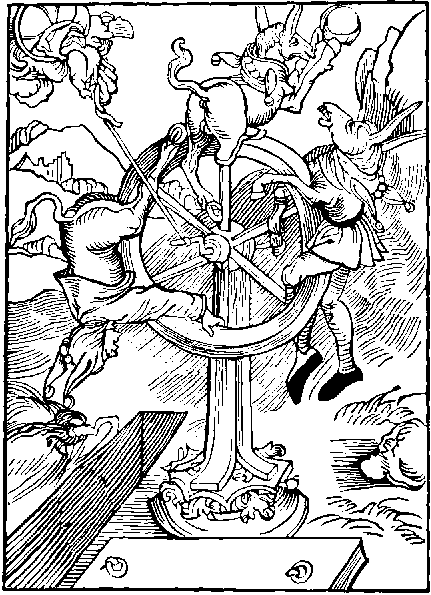 -Why must modern man consume so much and satiate his so-called needs only outwardly? 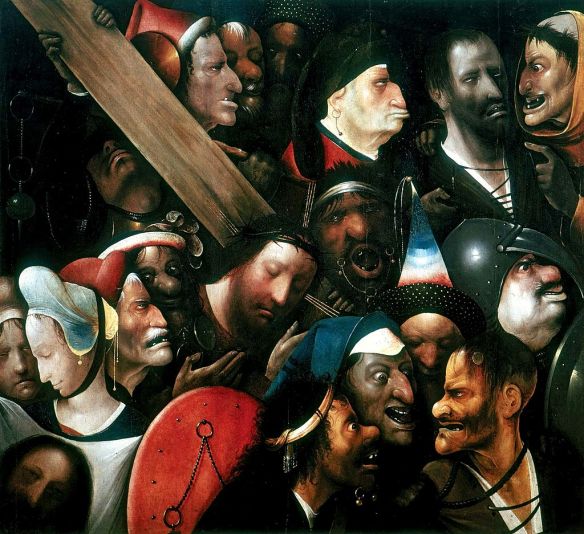 -Why is he unable to draw from any inward sustenance?

We are, needless to say, not opposed to better care of the planet through the use of wiser means of production, transportation, etc. than those which exist today. Alternative forms of technology are to be welcomed . But such feats of science and engineering alone will not solve the problem.

There is no choice but to answer these and similar questions and to bring to the fore the spiritual dimension and the historical roots of the ecological crisis which many refuse to take into consideration to this day.

Oligarchy then degenerates into a democracy where freedom is the supreme good but freedom is also slavery. In democracy, the lower class grows bigger and bigger. The poor become the winners. People are free to do what they want and live how they want. People can even break the law if they so choose. This appears to be very similar to anarchy.

Vandana Shiva On the Real Cause of World Hunger

Oneness vs. The 1%: #VandanaShiva at the United Nations Office at Geneva.

Amazon’s cloud servers host the CIA, the Department of Homeland Security, the Defense Department, and other US agencies, for example..US Senator Josh Hawley is demanding a criminal antitrust probe of Amazon as the e-commerce behemoth’s powers grow to rival the government’s own. Google and Apple, too, are now ordering governments around. 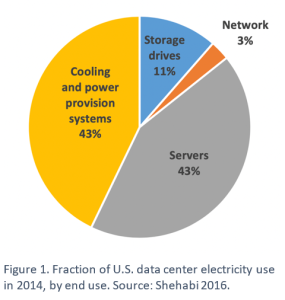 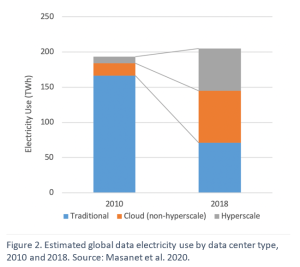 Data centers can be thought of as the “brains” of the internet. Their role is to process, store, and communicate the data behind the myriad information services we rely upon every day, whether it be streaming video, email, social media, online collaboration, or scientific computing.

Data centers utilize different information technology (IT) devices to provide these services, all of which are powered by electricity. Servers provide computations and logic in response to information requests, while storage drives house the files and data needed to meet those requests. Network devices connect the data center to the internet, enabling incoming and outgoing data flows. The electricity used by these IT devices is ultimately converted into heat, which must be removed from the data center by cooling equipment that also runs on electricity.

On average, servers and cooling systems account for the greatest shares of direct electricity use in data centers, followed by storage drives and network devices (Figure 1). Some of the world’s largest data centers can each contain many tens of thousands of IT devices and require more than 100 megawatts (MW) of power capacity—enough to power around 80,000 U.S. households (U.S. DOE 2020).

As the number of global internet users has grown, so too has demand for data center services, giving rise to concerns about growing data center energy use. Between 2010 and 2018, global IP traffic—the quantity of data traversing the internet—increased more than ten-fold, while global data center storage capacity increased by a factor of 25 in parallel (Masanet et al. 2020). Over the same time period, the number of compute instances running on the world’s servers—a measure of total applications hosted—increased more than six-fold (see Figure 3) (Masanet et al. 2020). 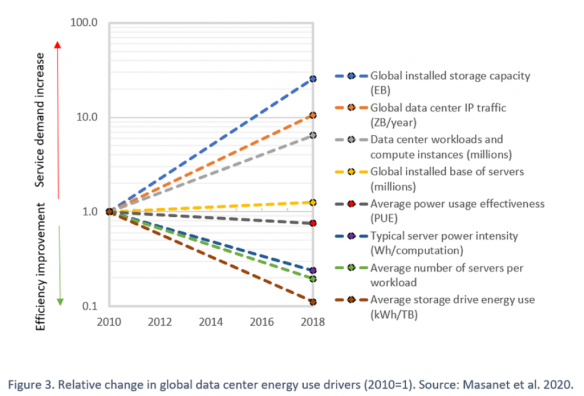 These strong growth trends are expected to continue as the world consumes more and more data. And new forms of information services such as artificial intelligence (AI), which are particularly computationally-intensive, may accelerate demand growth further. Therefore, the ability to quantify and project data center energy use is a key energy and climate policy priority.

The Reign of Quantity gives a concise but comprehensive view of the present state of affairs in the world, as it appears from the point of view of the ‘ancient wisdom’, formerly common both to the East and to the West, but now almost entirely lost sight of. The author indicates with his fabled clarity and directness the precise nature of the modern deviation, and devotes special attention to the development of modern philosophy and science, and to the part played by them, with their accompanying notions of progress and evolution, in the formation of the industrial and democratic society which we now regard as ‘normal’. Read more here 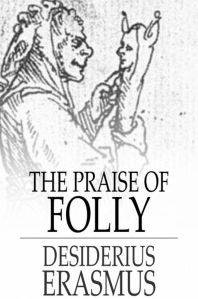 In Praise of Folly, also translated as The Praise of Folly (Latin: Stultitiae Laus or Moriae Encomium; Greek title: Μωρίας ἐγκώμιον (Morias enkomion); Dutch title: Lof der Zotheid), is an essay written in Latin in 1509 by Desiderius Erasmus of Rotterdam and first printed in June 1511. Inspired by previous works of the Italian humanist Faustino Perisauli [it] De Triumpho Stultitiae, it is a satirical attack on superstitions and other traditions of European society as well as on the Western Church.

Erasmus revised and extended his work, which was originally written in the space of a week while sojourning with Sir Thomas More at More’s house in Bucklersbury in the City of London.[1] The title Moriae Encomium had a punning second meaning as In Praise of More.